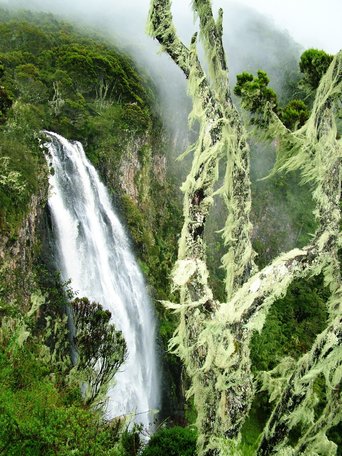 ​The Aberdare Mountain Range is an isolated volcanic range that forms the eastern wall of the Rift Valley, running roughly 100km North to South between Nairobi and Thomson’s Falls. The ranges has two main peaks, Ol Donyo Lesatima (3,999m) and Kinangop (3,906m) separated by a long saddle of Alpine moorland at over 3,000m.  The topography is diverse with deep ravines that cut through the forested Eastern and Western slopes and there are many clear streams and waterfalls.

The range is an important water catchment area providing water to the Tana and Athi rivers and part of Central Rift and Northern drainage basins, and offer many stunning views of waterfalls.  The Aberdares boasts many attractions such as peak ascents, walking through the moorlands, Twin hills, Elephant Hill, Table Mountains and the Mau Caves. The National Park lies mainly above the tree line running along the 3,048m contour with some forest and scrub at lower altitude in the ‘salient’ area near Nyeri with the boundary running down to the 2,296 m  contour. The park has the second largest population of black rhinos in the Salient and Northern region of the range.Other game includes the elusive leopard, serval cat, elephant, rare bongo antelope, giant forest hog and many species of birds and reptiles.The unusual vegetation, rugged terrain, streams and waterfalls combine to create an area of great scenic beauty in the National Park.

The trip will begin at Matubio Gate is on gravel and loose pebbles, after a beautiful ride through the Kipipiri Forest and a stop of at the watchtower- a nice observation point for taking lots of pictures of the many valleys you have left behind.Once in the park and after checking in, you will have a guided game drive and stop over for lunch at one of the many spectacular waterfalls. These include Chania Falls and the Karuru Falls, which have a total drop of 273 m in three steps. The more remote and inaccessible Gura Giant Falls, to the south, have a higher single drop of over 300 m. There are a few roads traversing the centre of the national park from Nyeri to Naivasha, giving access to most of the waterfalls. You shall have ample time that afternoon to see lots of game including elephants.

Day Hikes
Options for day hikes include the Moorlands, Twin Hills and the Elephant Hill which are all great options guided by an armed ranger. If you are limited in time, a day hike up Ol Donyo Lesatima is possible, although for the true experience, we recommended two nights or more!

Hiking Ol Donyo Lesatima
The hike to the highest point of the Aberdares range takes approximately 5 hours return and covers the moorlands and upper rocky areas of the range. The hike is fairly gradual circumventing many hills to the right side before climbing up gradually past a major valley to get to the peak on the far left. This is a very popular route for animals as well, so be on the look out for animal tracks and be sure to pay attention to alpine vegetation and the rugged dragon teeth rocks that appear on the right-hand side almost two hours into the hike. 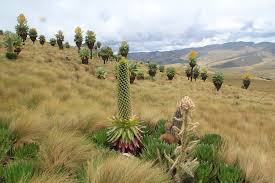 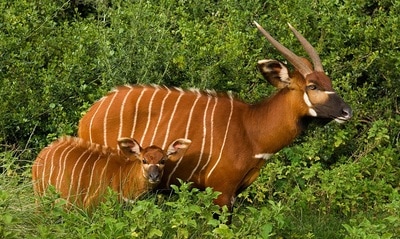 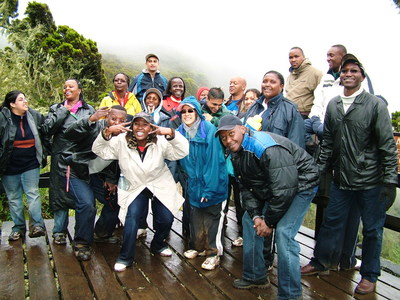 All of our expeditions include a full service crew, a personalised menu and private transfers